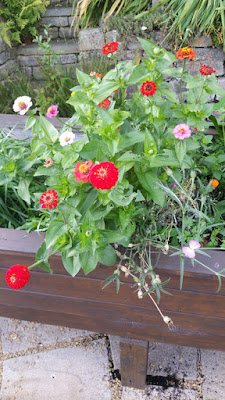 A recent local music appreciation session at Holmfirth U3A covered 'Russian Flashmobs' and 'Anthems'.
The flashmobs appeared informally in car parks, high street shops and supermarkets. There were also formal choir concert excerpts and small groups who simply turned up and sang. Moscow, Siberia, Leningrad and others. There were a couple of points for me. First the audiences. The flashmob audiences were surprised and delighted and at the finish joined in. Presumably the concerts were performed to audiences, but they were heard not seen. The small groups sang to themselves with no one listening. I've experienced this in Inverie, Scotland and at the Male Choir Festival, Cornwall. Get into a circle and enjoy harmony and singing for their own sakes - people can listen if they wish but it's not mandatory.
Second, singing in Russian. We couldn't understand, but we were an equally delighted audience. The flashmobs included acrobats and everyone was smiling and moving. Infectious. The concerts and small groups had to rely on their singing quality and choice of music. Kalinka and The Red Army Choir didn't inspire me. A girls' choir was marginally better. The small groups, all girls, went for tight harmonies and gentle music. They moved and smiled and looked at each other. I could have listened to more. It's vocalisation (clic and see Rod Williams) - music and voices and body language and an audience that wants to do the same.
What makes a good anthem? Much of the following: large or small audiences having an inspired experience, instinctive, emotional, not planned, people with something in common - young, old, generational, country, district, oppression, triumph (I could go on) - adopted by sports and other organisations, traditional or modern music, dramatic chorus.
So again it's the audience that confers power to an anthem. And again voices alone or with music. Not always in recognisable language. I defy anyone to be down the Arms Park, Cardiff before an international and not be moved by 90,000 singing the Welsh National Anthem.
Examples - God Save Our/The Queen, Rule Brittania, Land of Hope and Glory, Jerusalem.
With apologies may I add Born in the USA (Springsteen), You'll Never Walk Alone (Gerry and the Pacemekers), My Generation (The Who).
Is your fist pumping into the air? It's an anthem. The audience says so.

New Mill MVC are in concert at Huddersfield Town Hall with

The Temperance Seven on 12th October

Posted by David Walker at 08:44 No comments:

Will Noble and family - don't forget THE TEMPERANCE SEVEN 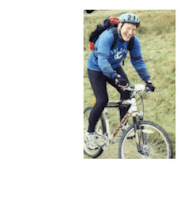 Roderick Williams has featured previously on the blog - choral singing. Lately, his radio4 podcasts outlined some social history behind singing - (clic on A Singer's Guide to Britain). Songs are about people and places and belonging. Whenever and wherever their origins they help us make sense of our world. Folk songs especially seem to define who we are. Among pieces of welsh singing, Billy Bragg talking about English identity and Robbie Burns, guess who pops up? Cuthbert and Lydia Noble, children of the famous Holme Valley Will Noble, with songs about the local area and dry-stone walling.
Barry Meeres and I share experiences of cycling a ridiculous distance up and down Holme Moss (clic on here for mountain bike challenge) and a dry-stone walling course up on Crosland Moor (clic on here for dry-stone walling). We enjoyed the walling.
Will Noble released an album of his favourites, including the Watter Rattle made infamous by non other than our Chairman, John Mallinson. Cuthbert and Lydia also feature. (For a review, clic on). The walls they repair in their day job have endured since the 18th century when the government sanctioned enclosures.

Clic here for an album sample

New Mill MVC are in concert at Huddersfield Town Hall with

The Temperance Seven on 12th October

Posted by David Walker at 09:29 No comments: