Swinglo - guest Steve Flynn drops in to write a post

First concert of the year!

The rain fell ceaselessly all day but two Choirs performed admirably in Upper Denby. The joint items, Leonard Cohen’s Hallelujah and Tell me its not True from the musical Blood Brothers went down a storm (sorry!) with the audience and by the end of the concert it had stopped raining! Just shows you what singing can do.
After eight years this was Sarah’s last concert as Musical Director of the Ladies’ Choir. Liz, Chair of Denby Dale Ladies’, recalled the achievements of the Choir since her appointment. Consistent competition success has been a feature over the years and augmented the Choir’s reputation. However, the overriding memory will be the fun the Choir have enjoyed during both rehearsal and concert performances.
watch the following performances
Carrickfergus
Sound of Silence
Posted by David Walker at 04:54 No comments:

Swinglo celebrates the day the pipe organ came to town

The organ in Birks car park

clic on this link


Last Wednesday afternoon, I was minding my own business taking in a few rays on my upper deck. Suddenly a pipe organ played, sounding close enough to be at the bottom of my garden - my lower deck. We were transported to the fairground. I looked over the fence and there it was in the back of a van.
Posted by David Walker at 10:22 No comments: 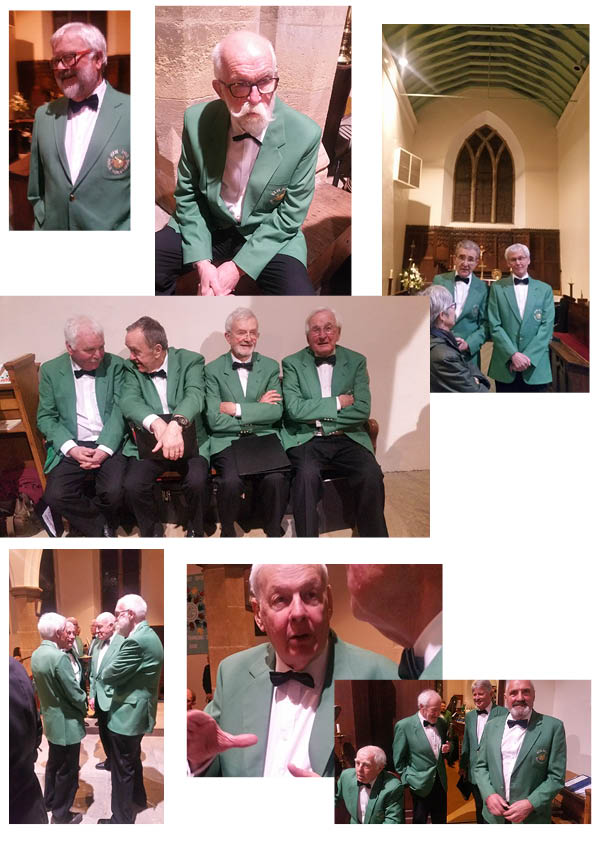 We have just had our AGM. Well orchestrated and brief.

Our secretary's report was interesting. We have recently discussed the Peterborough experience - several choirs developed and run by the musical director. And not just the music. He manages their various committees as well. Apparently our conclusion was the Peterborough set up was not all it was claiming and not a model New Mill wished to follow.

There were however several clear messages.
New Mill is a village choir.
Fellowship is the pivot around which the choir thrives.
Our repertoire will be entertaining.

Posted by David Walker at 09:41 No comments:

So I'm Dave Walker, baritone, (the one on the left) from New Mill MVC and I have volunteered to help Viv out with content on Facebook. I enjoy writing so it's not much of a chore. The one on the right is Clive Hetherington, bass, another NMMVC member who is singing with The Northern Choir.

A cold wet Sunday afternoon in the back streets of Skelmanthorpe. Possibly not your ideal landscape for Faure and Vivaldi rehearsals, but it is what it is. I cannot remember where I first saw this venture advertised. It's the brainchild of Jane Hobson and Dan Timmins, both accomplished singers and choir musical directors. I've been aware of a personal need to sing choral pieces and this is a chance. Well over one hundred have signed up. A bit of a squeeze for rehearsals at Skelmanthorpe Methodists, but probably okay for our two concerts at Sheffield and Wakefield Cathedrals. Faure's Requiem and Vivaldi's Gloria are the planned performances. Two thirds or so will then move on to Malta for three further concerts.

The pieces are in latin and to say I don't get latin is an understatement. I was so bad at school they didn't waste their money on an 'O' level. There are translations, but the Requiem can be a bit dark. So the words are notes to hit. Vocalising - a recent article in the Times described a number of choirs who simply turn up and sing, with a conductor, but it seems to be primarily about enjoying making sounds and pitch could be secondary. Maybe choral music in latin is well-organised vocalisation. I'm happy with that.

Homework is expected and rehearsal aids are plentiful and helpful.

Parking is not a problem around the chapel, but I wonder what the residents think?

So far so good. 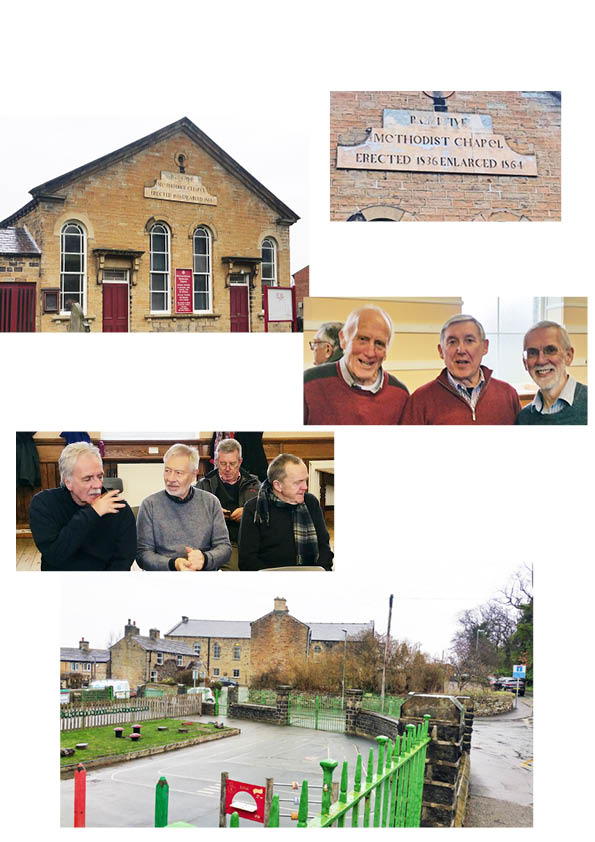 Dave Talboys is practising beer drinking, watched by Chris. Both are from Thurstonland Community Choir. Clive's attention has wandered.

Viv did wonder whether Facebook could make a feature of all the choirs represented in this venture. I wondered if some pics like the above might do the same with some text?
Posted by David Walker at 02:27 No comments: