Fresh from their success at the Heckmondwike Palladium, the group were a big hit at The Red Lea Hotel, Scarborough where they appeared in from of their home crowd, New Mill Male Voice Choir. Their rendition of Lonesome Pine was accurate and mostly in tune.
Rod - guitar and vocals
Ann - vocals
Clive - vocals
Dave W - vocals and inflatable hammer. 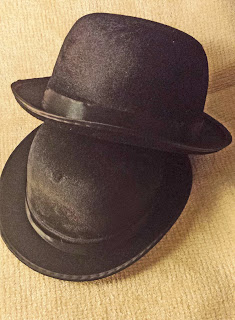 The gig nearly didn't go ahead because Dave, aka Oliver, lost his moustache. He clearly had it one minute and then it was gone. He left John and Delia hunting for it whilst he went to a Friday night rehearsal. On his return Sheila bashfully handed him the moustache which she had retrieved from a rubbish bin. 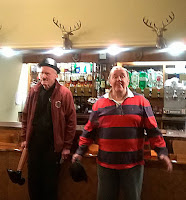 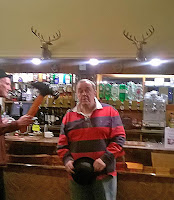 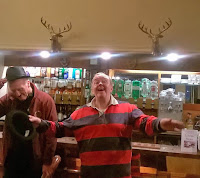